This Report is intended as an introductory text on technique Which is used in Railways. It include the objective, general arrangements and network components in Railnet , Hardware and software components of IVRS and communication circuits. The Theory of Railnet is included with suitable Diagram for understanding easily.
Communication is the main factor of Railways department so railway has its own Exchange and it also have microwave department. In this report exchange is started with basic configuration , each part is described with diagram in simple manner and end with some important mostly uses software commands. for describe Microwave communication first Multiplexing is described with diagram , each part of microwave center is represented in block diagrams. At the end position of different microwave antenna from Bikaner to Ratangarh is included in report. 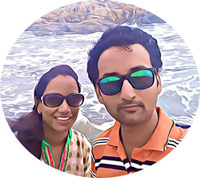