In this tutorial, we will go through basic Git commands step by step and see how to use in the project. Also, we will put the code in the cloud using GitHub. It is assumed Git is already installed and configured on your machine. I am using Windows 10 for this post, but the same Git commands can be applied on Linux/Ubuntu.

The video covers from creating a Git repository to put it on remote server. Here are the used commands step by step:

1. To create a new local repository:

Let’s create a directory for repository.

use following command to create repository

It creates a .git directory that contains all the Git-related information for your project. 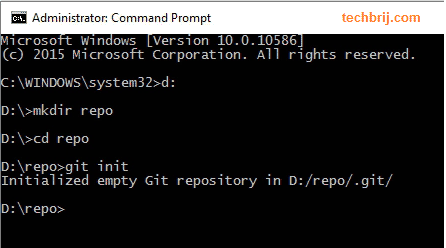 Status command displays a list the files you’ve changed and those you still need to add or commit. 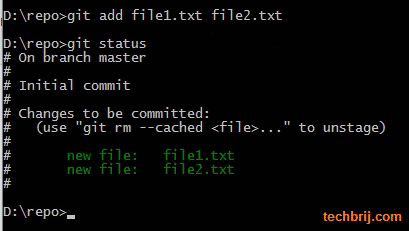 Add command adds one or more files to staging (index).

After staging files, we can commit them into Git. Run following command to commit:

Note: it is dangerous. let’s say you opened a file and changed it by mistake. if you add -a to your commit, all files would be committed and you would fail to notice possible errors.

You can use both -a and -m as well

If you want to have a look at the changes to a particular file, you can run git diff <file>.
Let’s commit the changes 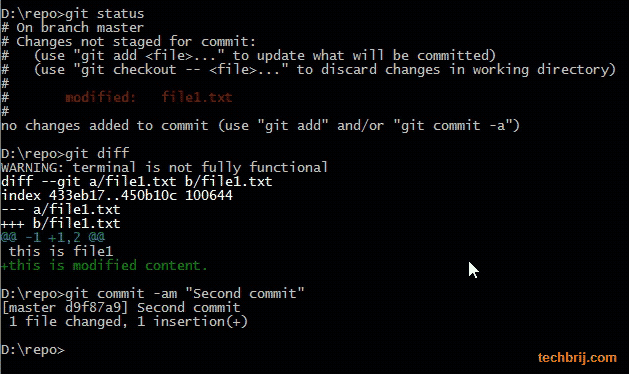 To check the history of your project, run the following command: 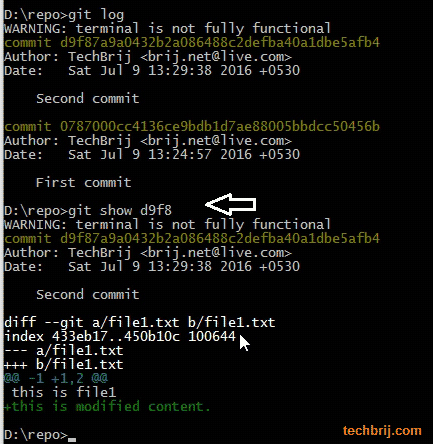 To view the details of a particular commit:

Where <hash> is the hex number associated with the commit. you do not need to copy the whole string, and the first 5-6 characters are enough to identify your commit. As in the screenshot, only d9f8 is used.

7. To put code on remote server:

You could create a project on GitHub, GitLab, or BitBucket and push your existing code to the repository. Conveniently, a remote to which you have write access is called the origin.

Run following commands to add a remote origin and then push the code to the origin.

Push command is used to send changes to remote repository.

Hope it helps. In next part, we will go through branching and merging commands. Stay tuned and enjoy Git !!